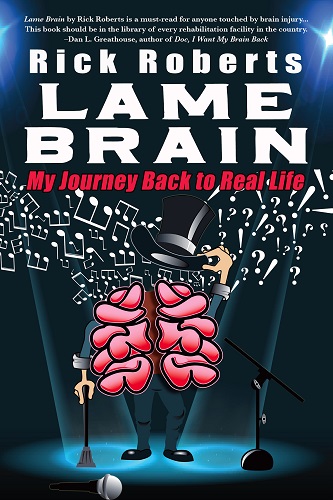 A multiplatinum rock star’s life meets an unexpected detour when a bump on the head reveals itself to be a Traumatic Brain Injury (TBI). Told with honesty and humor, Lame Brain is Rick Roberts’ story of his entangled afflictions of TBI and Alcoholism.

Approximately 1.7 million people experience a TBI in the United States every year, with accidental falls being the leading cause. TBI can strike anyone at any time, swiftly changing the course of life. For Rick, this meant losing his ability to walk (with doctors giving only a 50/50 chance that he would ever walk again), losing many of his innate guitar skills, and facing difficult decisions that he wasn’t quite ready to make.

Rick openly shares the story of how he confronted these challenges while simultaneously fighting alcoholism. True to his talent for writing award winning lyrics and melodies, Rick now gives the world a story of healing told in his own compelling voice. He details the routines he created to reclaim his mobility, coordination, and sobriety. Refusing to accept his circumstances as a game ender, he instead considers them to be merely setbacks. Within the pages of Lame Brain, readers will find inspiration to achieve their own miracles and increased awareness of TBI and alcoholism.

Song Stories and Other Left-Handed

“A look into the artistic process and amazing creative mind of Firefall’s brilliant lead singer/songwriter, Rick Roberts. Even those who may not 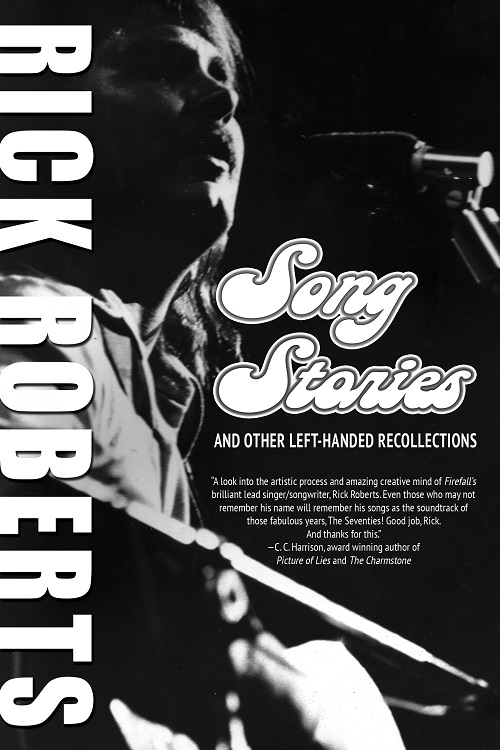 remember his name will remember his songs as the soundtrack of those fabulous years, The Seventies! Good job, Rick. And thanks for this.” —C. C. Harrison, award winning author of Picture of Lies and The Charmstone.

During the 1970s, Rick Roberts’ songs topped the music charts when he was the lead singer of the band, Firefall. Now, Rick Roberts has put together a beautiful collection of his memorable stories and the lyrics he’s written over the years in Song Stories and Other Left-Handed Recollections.

Included are some of Rick Roberts’ best-loved songs: “You Are the Woman”, “Colorado”, “Strange Way”, and “Just Remember I Love You”. Read along as Rick Roberts takes you back to the days with these nostalgic songs when he performed them with his band Firefall and other artists, and learn about what is yet to come for Rick Roberts.